The District of Chetwynd is proud to have received the 2018 Open for Business Award!

Last week I mentioned the Federation of Canadian Municipalities (FCM) but gave you little information about the nature of the thing. Canada is a big country and we have a big government in Ottawa that can become preoccupied with its own agendas and forget that we, out here in the hinterland, may hold differing but legitimate agendas. That’s not all bad. Sometimes it is very good. The fact of the matter is, municipalities do get enormous benefits from the senior governments that include economic stability, social security, protection, international recognition, and many others. During the last couple of years Chetwynd has received millions in grants for various capital projects that have made our lives better, safer, even easier in many ways.

Occasionally it does happen that our ideas of what is best for us don’t cleanly mesh with senior government policies and priorities. In these cases it is good to have a nation-spanning organization with close connections to Ottawa that may take up our cause and run with it.

During the first ten years of my connection with Chetwynd’s municipal government the mayor attended all the annual FCM conventions. Twice during my term as Mayor a Councillor was delegated to attended. The 2018 event was my first.

One might be tempted to argue that as a small community we should leave the work to the mighty ones. After all, what influence can we have among so many so much larger? That’s really a cop-out position. Every delegate gets one vote. My vote representing the District of Chetwynd carries as much weight as the vote of any other delegate. My voice representing the District of Chetwynd can be as persuasive as any other voice. On the floor of the convention hall we all have voice and vote.

Incidentally, a Councillor from the City of Fort St. John, Gord Klassen, was elected Vice President of FCM for the next year (each office is for a one-year term). This election gives North East British Columbia a strong voice and vote at the executive table and that is not to be taken lightly.

There are always significant issues on the executive agenda for discussion and solution over the coming year. High on the priority list in the months ahead will be the cannabis legalization unknowns. All we know at the present is that the answers are not at all clear. FCM will be a huge asset as we work through the questions at a local level.

Across Canada rural resourcefulness is always challenged by the bigness of our country and the strong and persistent voices of special interest groups. Caribou Recovery is not a problem that we face alone in the Peace and it was most encouraging to encounter many delegates to the convention from across the nation who will support one another as we work through this potential crisis. FCM was a big player in bringing us together in effective partnership.

Every moment counts in the effort to secure our communities’, social, and economic futures and we can expect further delegations to Victoria and Ottawa in community partnerships and in collaboration with industry as we present our case to Government.

One item I haven’t mentioned in recent weeks, preoccupied as I have been with Caribou Recovery, is the progressive work on the new Chetwynd public library. One of the events at FCM was titled “Let them build it and they will come; exploring the Halifax Central Library.” It is a magnificent production. Of course, Halifax is one of Canada’s larger cities, a major international sea port, and an important cultural centre so one would expect a public library to complement its environment. Naturally.

As the soul of the community, Chetwynd’s new public library will be a leader and not a follower as we collectively seek the literary, intellectual, and creative future of our home town. Chetwynd has talent. We’ve seen it in sport, in education, in industry, in music, in writing, and in soul. When the referendum is presented, please throw your support behind the effort to replace our present very inadequate, but innovative, influential, and fully utilized library with a facility that represents our hopes, plans, and goals for the coming generations of talent.

Oh, by the way, “as we come (naked), so we go; we can take nothing from our toil to carry in our hands” (another 3000+ year old wisdom), so let’s use our stuff wisely in the present for the good of our families and our society. 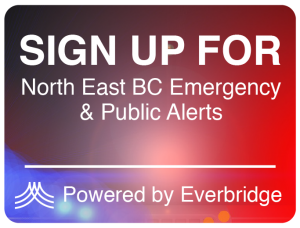 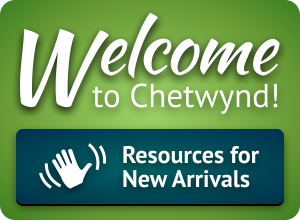 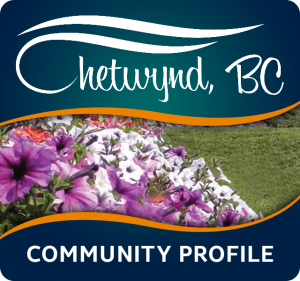